Congratulations to Angelina Padaman, Steven So, Hadrian De Palo and Lawrence Fan all from the Adelaide Table Tennis Club who represented SA at the challenge. 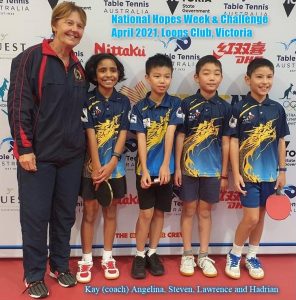 Thanks to Kay Crowell who coached and managed the juniors and to all the parents who attended in support of their children.

Special Congratulations to Hadrian De Palo who won the gold medal in the Mini Hopes event and Lawrence Fan who won the silver medal.

Great to see junior players in the Adelaide TT Club shirt on the National stage doing well and being inspired for the future. 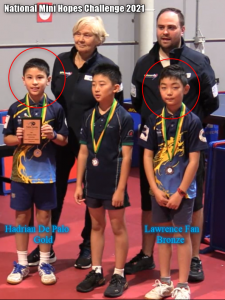 The 2021 City of Mitcham Junior Championships will be held at the Adelaide Table Tennis ...
Read More →